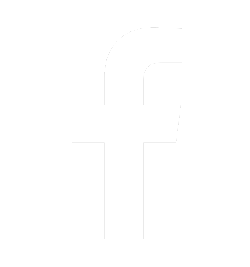 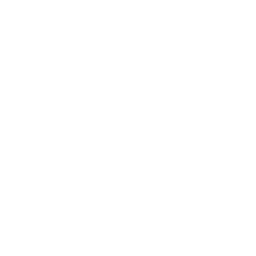 Home to picturesque parks, an esteemed school district and thriving businesses, South Brunswick Township provides countless opportunities for families and businesses. We have 22 developed parks and trail systems for residents to enjoy.South Brunswick has received many awards; our South Brunswick Police department was the first police department in New Jersey to be dually certified - achieving prestigious state and national accreditation. In 2011, CNN Money ranked South Brunswick as the 22nd Best Place to Live in America and in 2016 Safewise ranked South Brunswick as the 10th Safest City in America to Raise a Child. Our National Night Out event was ranked 5th nationally by the National Association of Town Watch and our public schools were recognized as 14th best in the state.

South Brunswick hosts portions of the NJ Turnpike, Route 27, Route 130 and Route 1. We are located halfway between New York City & Philadelphia and Boston & Washington D.C. Access to New York City is easily accessible with the Park and Ride - located at the intersection of Route 32 and Route 130 - which provides bussing to and from New York City Port Authority, Grand Central, Manhattan's East Side, Downtown Manhattan and Wall Street.

South Brunswick is a modern and diverse suburban community which lives up to its slogan "Crossroads of Progress."

The Township of North Brunswick is a 12-square mile municipality in western Middlesex County with a population of 40,800 as of the 2010 Census. It is located in Central New Jersey, approximately 40 miles southwest of New York City.

North Brunswick takes pride in its diversity, with a modest Southeast Asian, Hispanic and African-American population. The Township celebrates its history and diversity each fall at Heritage Day at Community Park. The event marked its 35th year in 2017.

Along with Heritage Day, North Brunswick is home to other major events. The Youth Sports Festival is held during mid-June near DeVry University off Route 1. It is a family friendly event featuring amusement rides, music, food and fireworks.The North Brunswick Italian-American Social Club’s Carnevale Italiano is held annually in mid-July off Route 130 North and Apple Orchard Lane. The five-day event includes food, games, rides and a fireworks display.The North Brunswick Volunteer Fire Department consists of three companies. It is proud to have provided professional fire and rescue protection to the Township and surrounding communities since 1925.

A transit village, Main Street North Brunswick, is currently under construction off Route 1 North on the former 200-acre Johnson & Johnson property. The mixed-use development will feature residential living units, retail, office, restaurants and hotels.Grand openings for Costco and Target were held in 2014. The Greene Turtle Sports Bar & Grille opened in 2017, becoming its first location in New Jersey. Panera Bread also held a grand opening in 2017. Construction is underway for townhome residences at The Heights at Main Street and The Courtyard Marriott hotel.

The transit village will also feature a new commuter bus lot and a new passenger station for the Northeast Corridor rail line. Funding for the train station was announced in October 2017 as $50 million will come from state funding while Middlesex County committed to construction of the station's parking facilities.Further up on Route 1, Trader Joe's opened its first store in Middlesex County in October 2017 in the North Village Shopping Center.

Proudly hailed as one of New Jersey’s 25 great towns, East Brunswick’s 22.5 square miles is home to a diverse population of 47,512 per the 2010 census. A strategic location and a progressive outlook have fostered a dynamic growth of attractive and desirable residential developments, an excellent school system, shopping centers, state-of-the-art office complexes, and medical services.

The East Brunswick School system, is one of New Jersey's finest. The system has more than 8,500 students and over 90% of its graduates go on to higher education studies. The high school has been named a Star School by the State of New Jersey.

The East Brunswick Public Library is the busiest single municipal library building in the state of New Jersey, open more hours each week than any other public library in the state. It has achieved national recognition for the quality of its collections, programs and services to all segments of the community. The Library operates its own municipal cable television station, EBTV, seen by more than 75 percent of East Brunswick homes on Comcast cable’s Channel 3. EBTV produces 200 original programs each year as well as a Community Bulletin Board that updates subscribers on Township news and activities of community organizations. It is the only government-run station in the state to produce a weekly video news magazine. The Library has been voted the “Best Public Library in Central New Jersey” by readers of the Home News Tribune every year since the inception of the newspaper’s “Best of the Best” award.

New Brunswick is a city in Middlesex County, New Jersey. The city is the county seat of Middlesex County, and the home of Rutgers University. New Brunswick is on the Northeast Corridor rail line, 27 miles (43 km) southwest of Manhattan, on the southern bank of the Raritan River. As of 2016, New Brunswick had a Census-estimated population of 56,910,representing a 3.1% increase from the 55,181 people enumerated at the 2010 United States Census, which in turn had reflected an increase of 6,608 (+13.6%) from the 48,573 counted in the 2000 Census. Due to the concentration of medical facilities in the area, including Robert Wood Johnson University Hospital and Saint Peter's University Hospital, as well as Rutgers, The State University of New Jersey's Robert Wood Johnson Medical School, New Brunswick is known as both the Hub City and the Healthcare City. The corporate headquarters and production facilities of several global pharmaceutical companies are situated in the city, including Johnson & Johnson and Bristol-Myers Squibb.

New Brunswick is noted for its ethnic diversity. At one time, one quarter of the Hungarian population of New Jersey resided in the city and in the 1930s one out of three city residents was Hungarian. The Hungarian community continues to exist, alongside growing Asian and Hispanic communities that have developed around French Street near Robert Wood Johnson University Hospital.

Three Tips for Making Small Spaces Work for Your Family